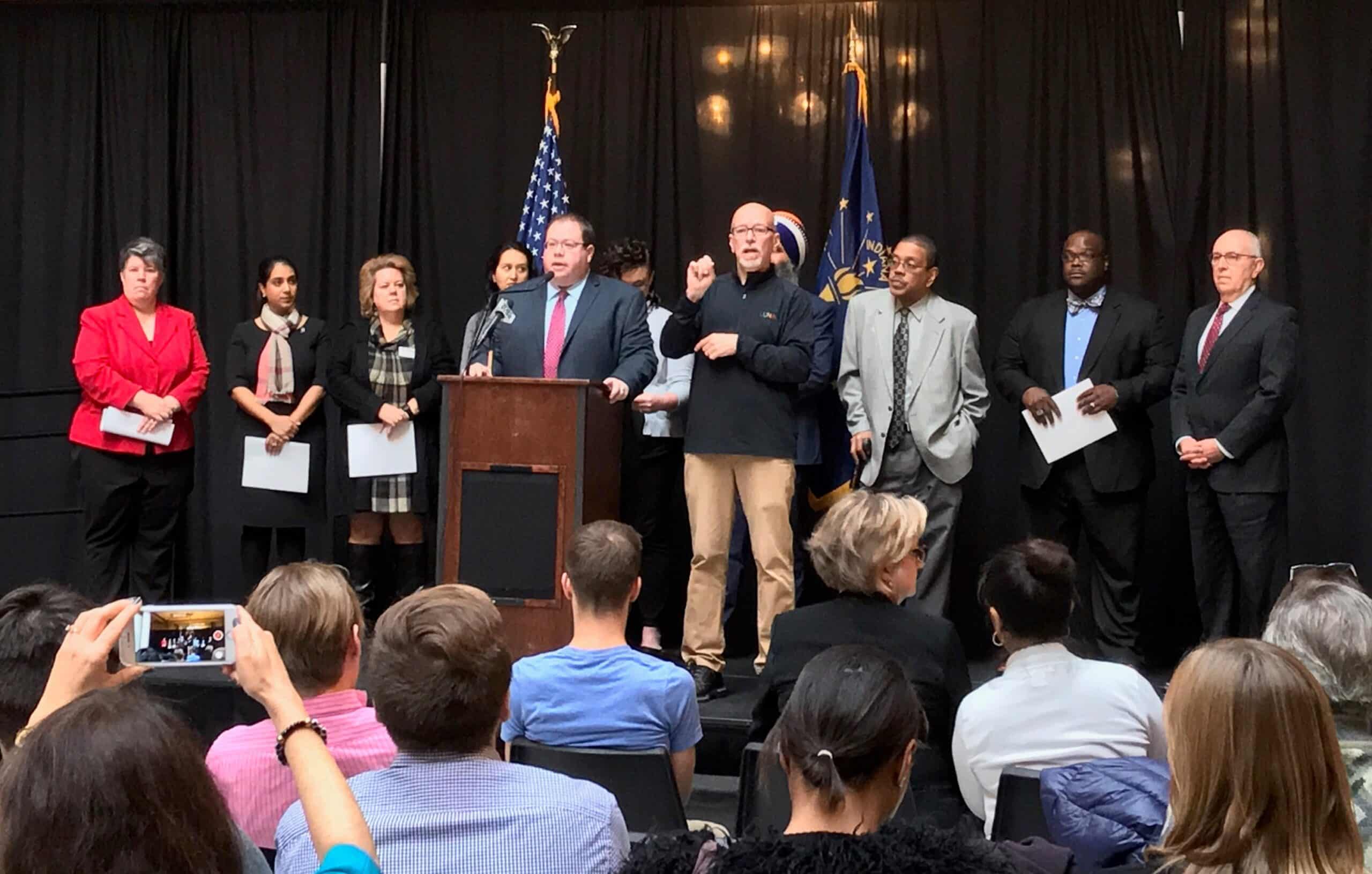 Reflecting on my 15 Years as a JCRC Professional

After fifteen years, my time working for the Jewish Community Relations Council as our community’s formal representative to elected and government officials has come to a close.  It has been an amazing, unique, and challenging experience, and one that I’m truly honored to have had.

The Indianapolis JCRC stands out as one of the premier JCRCs in the country, continually “punching above its weight class” regarding effectiveness and leadership in the national community relations field.  This is in large part due to our community’s vision, steadfast support, and keen understanding of how critical public policy advocacy, coalition building, and proactive relationship building are to the long-term security of the Jewish community.

I feel both humbled and proud as I reflect on the breadth of issues, discussions, debates, and campaigns that I had the opportunity to work on during my time with the JCRC, including:

When looking back over 15 years, I can track the steady increase of antisemitism. I think about some of the more difficult moments in our community, like the horrific vandalism at Congregation Shaarey Tefilla. While the attack itself was shocking and painful, the response from our community and interfaith partners was truly inspiring. That overwhelming support was the direct result of years of intentional relationship building by JCRC. I am so proud of how we came together during that intense period of time – both within our Jewish community and among the community-at-large. I believe that there are few examples of better crisis communications and community relations work done by any JCRC in the country than was done by dedicated Jewish professionals in our community.

I would like to personally thank all the community members I’ve had the opportunity to work with over the years, particularly volunteers who served on the JCRC board and government & domestic affairs committee. While I will no longer have the privilege of being a professional in our Jewish community, I am eager to continue supporting the work of our JCRC, for I know how significant an impact we make when we build consensus and collectively pursue justice and security – not only for our Jewish community but for all Hoosiers.

David Sklar, former Assistant Director & Director of Government Affairs for JCRC, shares his departing remarks after serving the Jewish community for 15 years. His new role is with the Alzheimer’s Association Greater Indiana Chapter as their Director of Government Affairs. He will lead year-round advocacy and public policy efforts for the Alzheimers Association in the state of Indiana to achieve positive legislative, budgetary, and regulatory changes on behalf of individuals and families affected by Alzheimer’s and other dementias.