As each year passes, the events of the Holocaust get further behind us, and the voices of survivors become fewer. In 2018 the Conference on Jewish Material Claims Against Germany (Claims Conference) performed a survey that found that 70% of Americans believe “fewer people seem to care about the Holocaust than they used to.” We understand that Holocaust education and remembrance are of vital importance. Through our educational initiatives and programs, we ensure educators can confidently teach about the Holocaust and that the next generation carries forth the flame of remembrance.

While the Holocaust provided a framework for genocide scholars and human rights practitioners in the decades since, there are still societal, political, and, above all, human lessons we have yet to learn. Teaching not just the historical timeline of the Holocaust but the mechanisms of genocide, as well as the positive and negative human elements, are imperative if we want the next generation of civic and global leaders to make concerted efforts to combat mass atrocities before they start. We believe it is important to educate students about human rights and the impact of hate and bigotry in our world today. 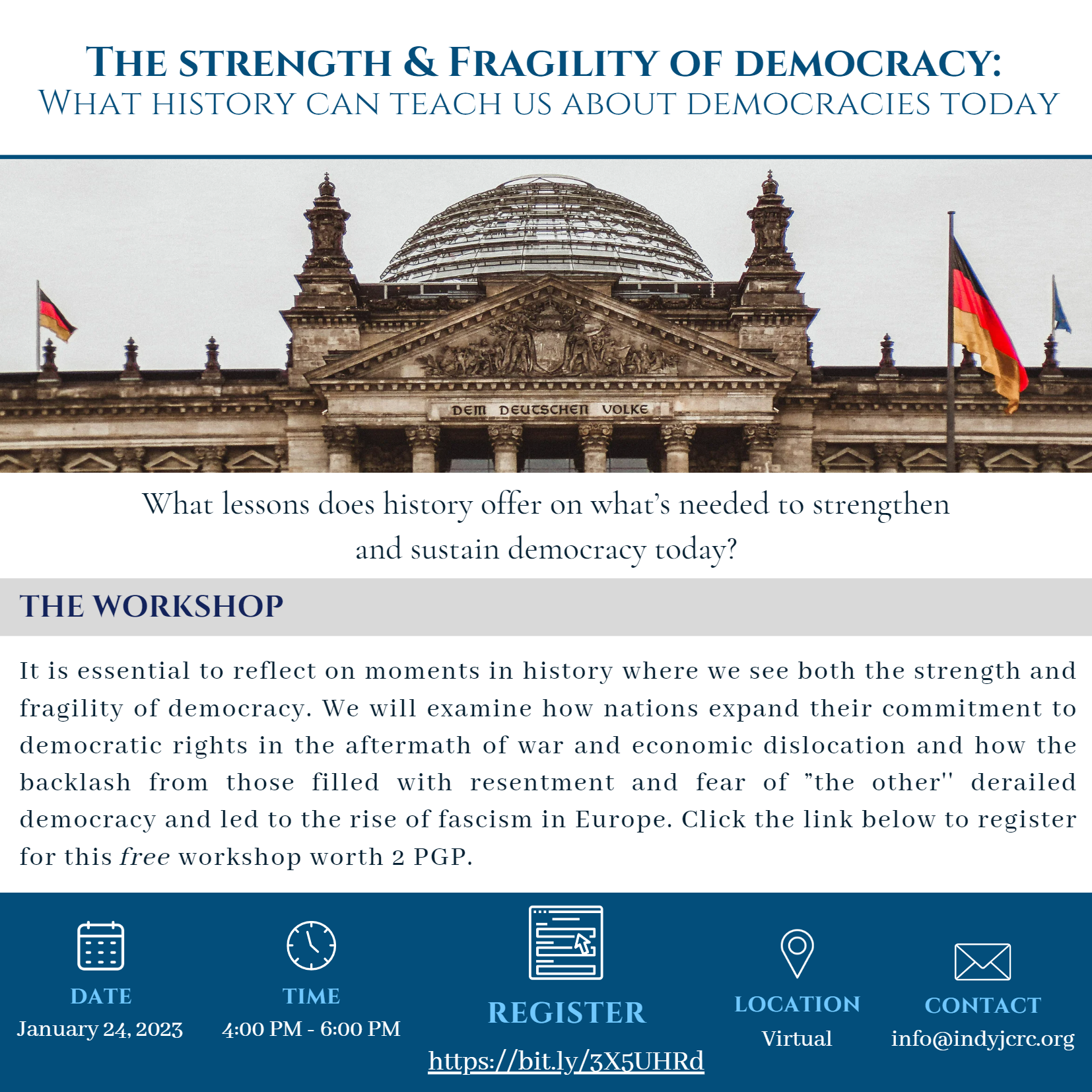 Our bureau is comprised of Holocaust Survivors and Second-Generation Survivors who share their personal stories. The personalized nature of a Survivor or one of their relatives speaking to your group will have a greater impact than any story read. By bringing a speaker to your school or organization, the Holocaust’s impact on real people’s lives becomes tangible.

JCRC’s Holocaust Educator and Human Rights Associate, Amber Maze, is an expert in the field of genocide education and mass atrocity prevention. Her presentations about the Holocaust and contemporary mass atrocities can be adapted for a range of audiences interested in learning about this important history and its relevance today.

Every Fall and Summer, the JCRC partners with nationally recognized institutions to craft workshops on topics related to the Holocaust and antisemitism. These workshops are designed to provide the tools needed to confidently teach these topics meaningfully and gain professional growth points at the same time.