The Dark and Bright Sides of Humanity through Music and Memory

Playing, singing, and composing music, from classical to jazz, were important tools of hope and survival in the ghettos and concentration camps during World War II.

Frank Grunwald, survivor of five concentration camps, including Auschwitz, is an Indianapolis resident and piano accordion player. Frank’s vision for this program was inspired by the fact that he and his brother sang some of the 1920s and 1930s American jazz standards in Auschwitz to take their minds away from the horrific conditions they were facing.

Frank will open the evening playing Sweet Lorraine, and will introduce and perform each of the songs that follows. Woven into the program will be survivor testimony clips from the documentary We Shall Not Die Now, produced and directed by local musician, composer, and filmmaker, Ashton Gleckman.

“Music became very significant for me when I was in the camps. I used music as a means to transport me from the sadness and oppression I was facing…I think that, like me, many people sang, played, even hummed, hoping that by connecting to music, they would transform into a new, positive state of mind than the one we all experienced at that time.” 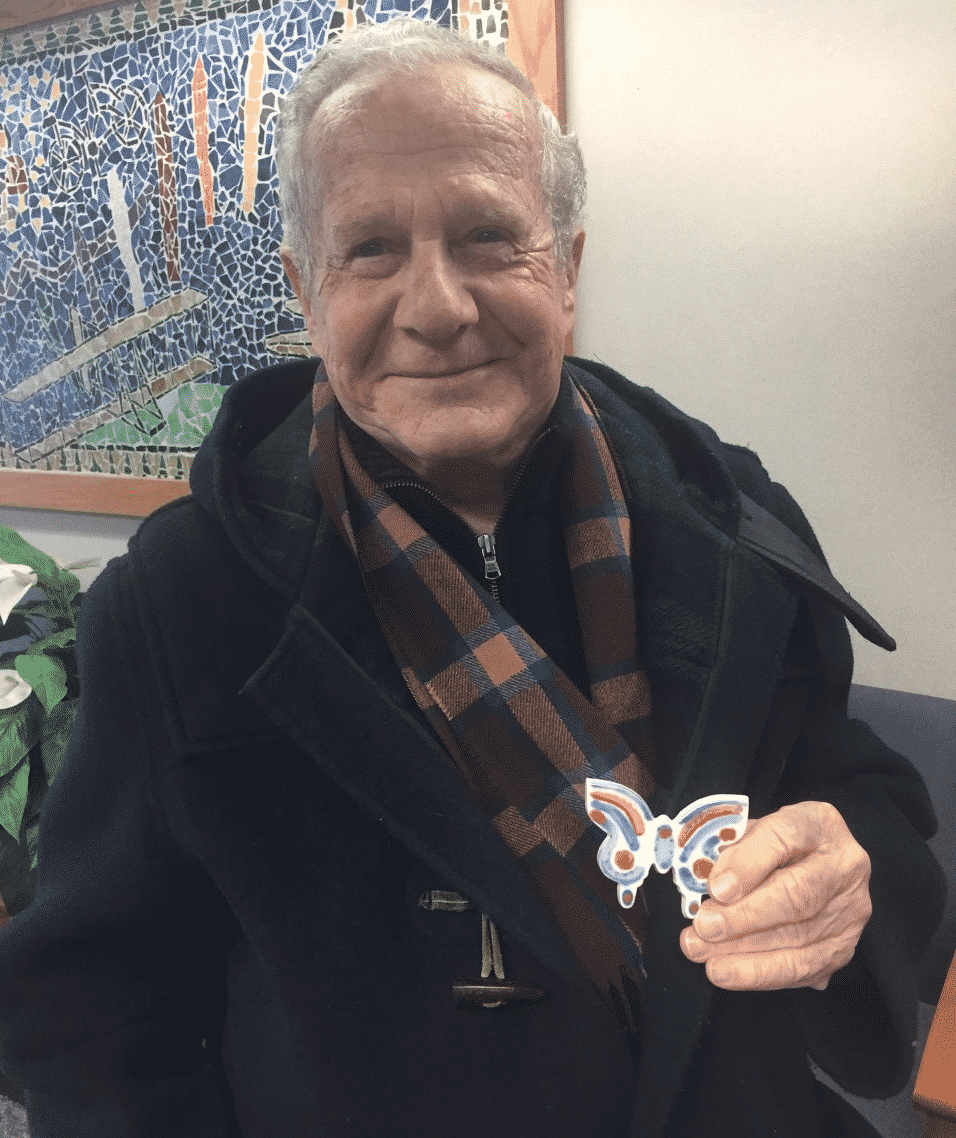 Proceeds from the event go directly to support the JCRC’s Stand Up! Speak Out! initiative, which implements programs that reduce hate, combat antisemitism, support Holocaust education, promote respect in schools and on college campuses, and help Jewish youth confront antisemitism and engage on Israel. These programs have a powerful impact on both the Jewish and general communities because of their ideal blend of support, education, relationship-building, collaboration & partnerships, outreach & engagement, and advocacy – all working together to effectively beat back the increasing presence of antisemitism in society today. More information about the Stand Up! Speak Out! initiative can be found here.

With support from generous sponsors, the JCRC will be able to meet the increased need of providing effective programs that prevent anti-Jewish bigotry from taking hold and combat 21st-century antisemitism in all its forms. Your sponsorship will help empower Jewish youth, educate Hoosier teachers and students, and broaden understanding through relationship-building initiatives. Sponsorships ensure the biggest impact – for you, for JCRC, and for society as a whole. Learn about opportunities to be an event sponsor!

View Sponsorship Opportunities
About JCRC
Established by the Indiana Jewish community while the Holocaust was unfolding in Europe. The core of JCRC’s mission is to safeguard Jews here in the U.S., in Israel, and around the world, by combatting antisemitism through relationship-building and education. Since 1942, the JCRC has been the organized Jewish community’s public affairs arm, working to protect and promote an American society that is just, democratic, and pluralistic.

JCRC convenes the Jewish community’s “Common Table,” around which representatives from Jewish synagogues, agencies, and organizations come together to build consensus on issues important to the Jewish community. We then translate these positions into action through engagement and advocacy.

As the multi-faith and intergroup relations arm of the Jewish community, we look to build bridges wherever possible, acting in coalition with groups that fight discrimination and advocate for human & civil rights and work towards social & economic justice.

JCRC is the Indianapolis Jewish community’s official media relations arm, serving as the primary resource for print, broadcast, and online outlets on topics relating to the local Jewish community, Judaism, and Israel.

Hear Music That Gave Hope During the Holocaust

This video comes from an op-ed published by Galit Gertsenzon in the Indianapolis Star on October 18, 2020, that expressed how music inspired hope during the darkness of the Holocaust for Frank Grunwald and many others. Click on the video to listen to a taste of the songs that kept Frank persevering during the Holocaust and read the words that beautifully showcase the reason JCRC believes this benefit concert will be a once-in-a-lifetime experience.

Stay Up To Date With The Latest Updates and Event Info

Purchase your ticket(s) today to attend this incredibly powerful program that will support efforts to combat antisemitism for years to come.

Countdown Until The Event